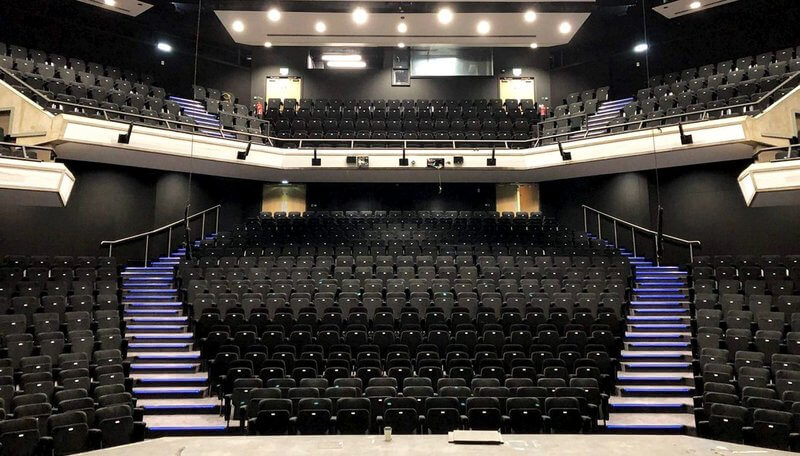 If you like E-sports and live in the UK, then it seems that Leicester is the place to be. Not only can you study E-sports at the University of Leicester, but you can also watch some of the best players battle it out at the Haymarket Theatre.

The 900 capacity theatre is already starting to make a name for itself in E-sports as it hosted the 2018 EU masters grand final. One of the main reasons it impresses is due to it having the largest stage in England, so no matter where you’re sat you will have a good view of the action.

The Haymarket Theatre was originally opened in 1973 and was operated by the Leicester Theatre Trust between 1974 and 2007. However, the Trust vacated the theatre in 2007 to move to the Curve Theatre, after ongoing funding problems.

But in 2016, Leicester City Mayor, Sir Peter Soulsby, supported the reopening in conjunction with Haymarket Consortium Limited and a total of £3.6 million was invested to bring the theatre back to life.

The theatre was eventually reopened in 2018 after 11 years of being dormant. The team here at Auditoria Services were fortunate to be involved in the renovation as we were tasked with replacing the theatre seating. This involved replacing the seats we had actually installed in 2007.

Ahead of working to install brand new seating in the auditorium, we were required to manufacture and install a new fixed tier or raked seating system creating rows at optimum heights for the sightlines of audience members.

This stage of the project went smoothly which meant that we could help Haymarket theatre find the perfect chairs to suit their needs and audience members. After careful consideration of numerous seating types, we installed 726 TS5 Theatre Chairs for regular seating and an upgraded 124 TS6 Theatre Chairs for the VIP area hosting important guests.

This is just one of the many prestigious projects we have worked on in our 42 years of trading. Quality seating manufacture is at the heart of what we do from our base in Rotherham, South Yorkshire. As a provider of seating to the educational, sports and performing arts sectors across the country, you could benefit from our vast range of knowledge and years of experience to develop your auditorium into the perfect space to meet your needs. Maybe your theatre could host a major E-sports event in years to come.