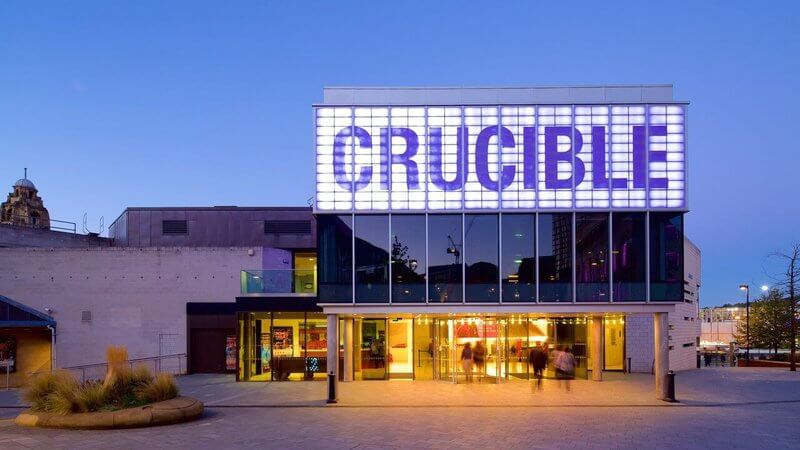 Auditoria Services pocket a 147 break for comfort, with bench style theatre seating at The Crucible.

The Snooker World Championships are once again in full flow this week at The Crucible Theatre in Sheffield. While the world’s elite take centre stage for the three-week knockout, you may not have been aware Auditoria Services supplied the theatre seating in the latest renovation of the complex.

The Auditoria team supplied and installed 183 RS26 retractable seating units to the Studio Theatre inside The Crucible. RS26 theatre seating comes in the form of a double seated tip up bench, fully upholstered to give long-lasting comfort to the audience.

The Studio Theatre, which normally hosts music performances, is a much more intimate theatre than the one seen on television for the Snooker Championships. The audience is allowed to feel much closer to the performance due to the smaller scale room.

The theatre will host the Sheffield Chamber Music Festival once again this year from the 10th – 18th May. 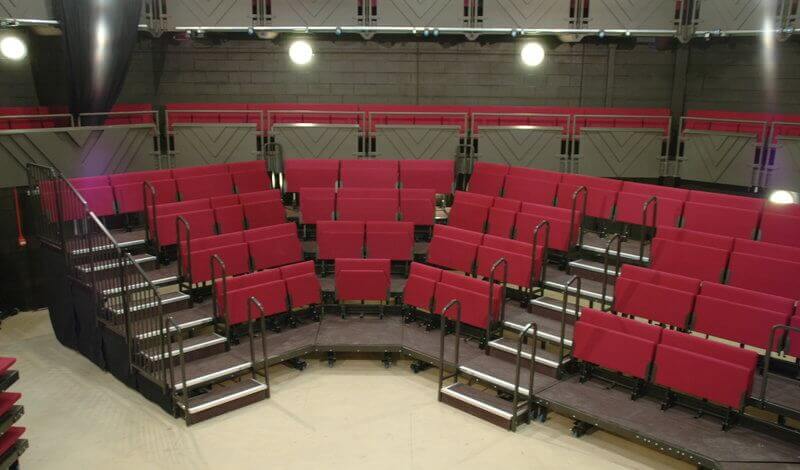 The entire theatre underwent a £15 million regeneration project in late 2009, officially opening again on the 18th February 2010 after over two years of work. The curtain finally fell on the 10th December 2007 with a Sheffield Theatres’ production of Amadeus only followed by the World Snooker Championships in May of 2018 before the updating work commenced.

The total project has seen a complete refurbishment to the Studio Theatre, in addition to a brand new theatre function room with fantastic views of Tudor Square which houses the Lycium Theatre just next door and the Winter Gardens at the opposite end.

Work also took a structural look at the theatre with alterations to the roof and footings of the 1970’s building in addition to an extension, adding a lift shaft to make all areas accessible.

We are also delighted to have installed Theatre Seating to iconic venues throughout the UK. In 2016, the team installed brand new raked seating to the Concert Hall of Guildford Civic Theatre as part of a £21 million redevelopment.