Arena Seating You May Be Familiar With

It is likely you have been to an arena of some kind in the UK or further afield. You may have attended a sporting event or live music performance in a number of different locations and experienced a variety of arena sizes throughout the UK. Have you ever wondered who helped to build the arena, or installed the arena seating? Probably not.

The fact still remains that the seats and stands from which you view a football match or music performance have been built and assembled by someone – often a range of different companies from across the UK. We ourselves have become heavily involved in the construction of many types of areas from large scale stadiums to local teams.

How Arena Seating Helps You Enjoy The Show

While you may not think it important, the choice of seating selected for an arena is vital to your enjoyment of what you have visited for. Firstly, arena or stadium seating as it is sometimes known – must be comfortable. Even for the shortest of events, you can be sat for up to a couple of hours, maybe even all day at events such as Cricket matches.

Stadium seating must also give the spectator a good viewing angle. For this, arenas are built with stepped rows allowing each row to be higher than the one in front. This style of raked seating allows for each and every person in the stadium the ability to see over the person sat in front of them and also allows for ample leg room to sit in comfort.

For information on the Arena Seating solutions, we can offer, speak to a member of our team who can discuss your requirements and deliver the best solution for your arena. 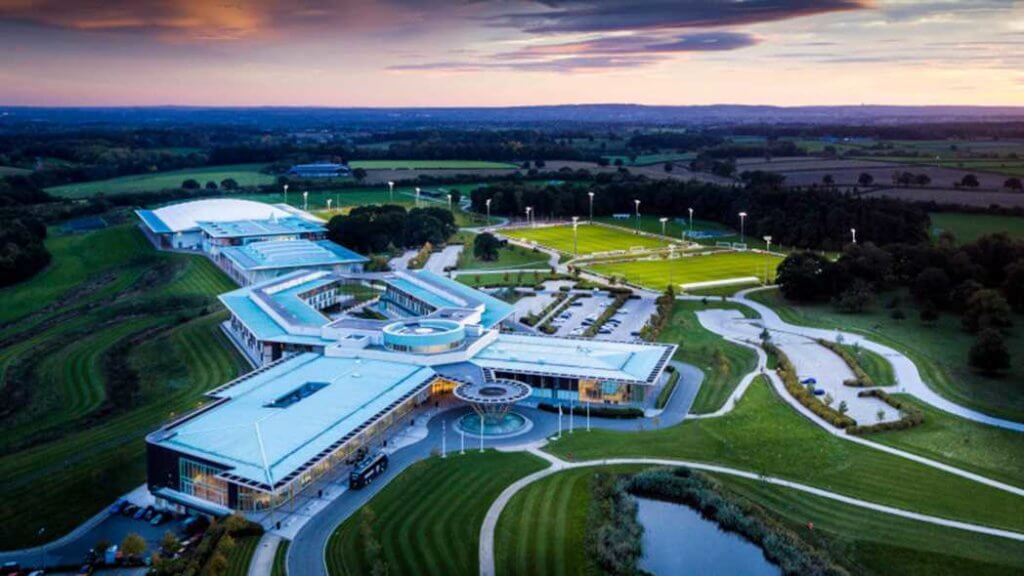 Even if you are not a football fan, you will likely have heard of St Georges Park. The £105 million facilities were built back in 2012 and are the home of all England’s 28 national sides across the age levels – including Gareth Southgate’s England National team.

The facility is used across the football pyramid with 14 indoor and outdoor pitches, a rehabilitation suite and sports science facilities. Auditoria Services were delighted to be able to add a selection of our RS2 retractable seating units to the indoor Futsal Arena in the middle of the complex. 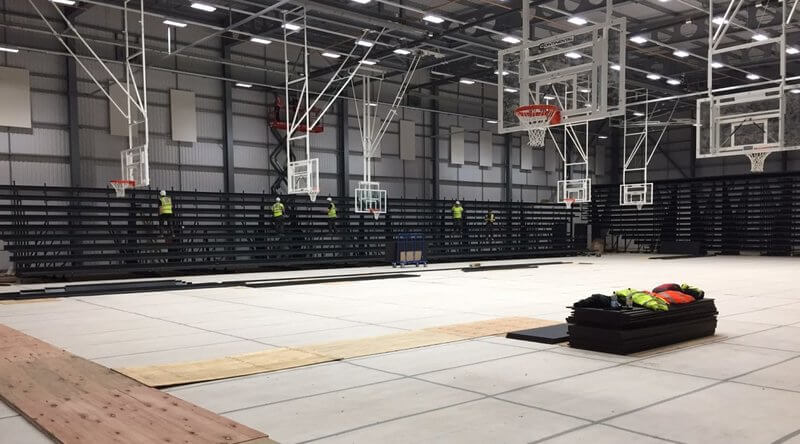 Construction of Arena Seating for The East Stand

Auditoria Services have recently completed work in the North East at the Newcastle Eagles Basketball Arena in the city centre. The Newcastle Eagles, who compete in the British Basketball League Championship, have constructed a new nest for themselves and the Newcastle community. With work commencing in November 2017, the Auditoria Services team joined construction a year later in November 2018 to add a selection of retractable seating to the sides of the court. 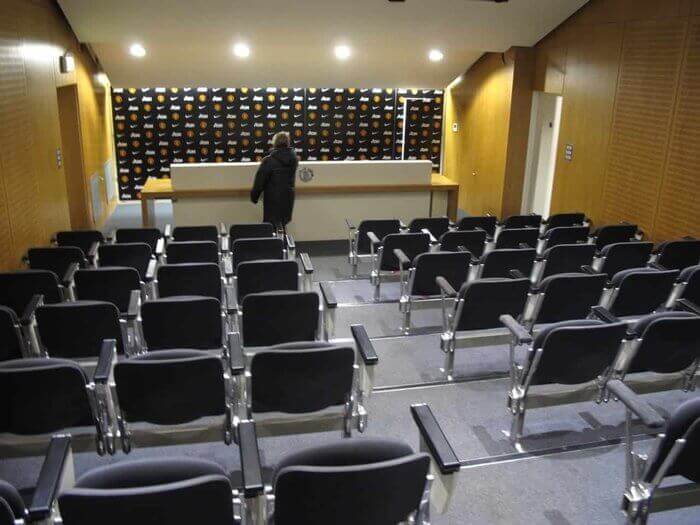 Another recent outline of the Auditoria Services team is the Press Room at Old Trafford, the home of English football giants Manchester United.

The room synonymous with household football characters including Sir Alex Ferguson and Jose Mourinho was recently fitted by our team. The seats reserved for press reporters from the likes of the BBC and Sky Sports were installed in the recently closed season.

Back in 2016, the Auditoria Services team also worked to add 2,300 seats to the Leicester Riders new home stadium. The league rivals of the aforementioned Newcastle Eagles built their £4.8 million new home which opened in January 2016, with a range of government and council grants, in addition, to support from the local community.

The Riders are the oldest operating Basketball team in the country, a founding member of the BBL in 1987. The new facility has not only given a new home to the basketball team but also enhance the local community and experiences of attendees at Leicester College who helped to fund the arena.